You Own Yourself| Decentralizing Sweden – Part 5

The ‘Secret Contract’ is one of the most fascinating things in Chinese history to me, both in concept and practice. When the news of social credit scores started rolling out, I just shrugged my head and thought “Don’t you guys understand that this is the society that destroyed the Chinese communist party and transformed it. You want to invent a little games theory score to its citizens and they will just eat it up?”. 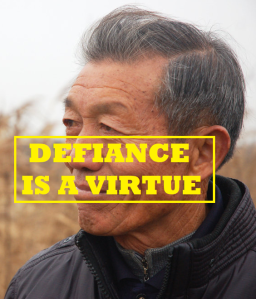 “In theory, the government would take what the collective grew, and would also distribute food to each family. There was no incentive to work hard — to go out to the fields early, to put in extra effort.” – Yen Jingchang

Imagine there being a systematic theft, backed up by everyone around you, whenever you created something – Anything – and this was the social norm in your country, your neighborhood, doesn’t that sound like an awful place to be?

Welcome to the western hemisphere of 2018. That is a reality, through compromise after compromise.

“Don’t you want children to go to school?”

“It is for the greater good!”

If you do not question why people are poor, you do not see the journey – And the first fallacy of the great socialist idea of equality. If you never ask the question “Why are people poor?” you will never find out why. If your only political journey is stating “People are poor!” you will only see the consequence, never the action.

If you, on the other hand, ask the question “Why are people rich?”, you are basing the journey on constructive means. But, that requires that you take responsibility for your own actions and your own life. If you make mistakes and you get a bad outcome over that, it’s on you. That terrify most people, to the point they won’t take risks.

The action is the most important part of how you live your life.

You would think this was a basic way to conduct your life in this day and age, but Bernie Sanders and Alexandria Ocasio-Cortez prove us wrong again. In those guys worlds, you are not responsible for doing things.

The Swedish welfare state is built upon this non-responsible way, that you can do bad things and not get any bad market response for doing that bad thing – It is riding on the welfare of others – yet getting benefits of living in a high-productive society.

The more you study the ‘secret contract’ the more you understand that the welfare state is a failed project. Sovereignty comes from acknowledging the sovereignty of your fellow man.